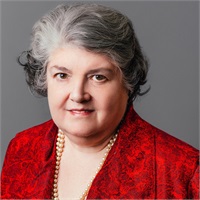 Gail joined Clear Harbor in April 2011 as an Administrative Assistant. Prior to Clear Harbor, Gail spent 20 years at Ingalls & Snyder as a Registered Representative, working in the research department with the two sell-side analysts. Before joining Ingalls, Gail was a private secretary, personal assistant for private individuals. Previously she was an account executive for Letitia Baldrige Enterprises, Pearl Private Treasures and an administrative assistant at Burson-Marsteller.

Gail received a Master of Arts in Theatre Arts from Texas Tech University in 1971 and a B.A. in Art History from Converse College in 1969.

Gail co-founded The New York Gilbert & Sullivan Players, a professional repertory company and is a costume designer with NYGASP.

Thanks for signing up!